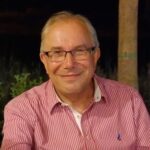 I worked in the finance sector before leaving to go to University, and then undertook lecturing in Economics and Statistics for 10 years, in the further education sector.

A period as a senior manager in Further Education (FE) colleges in the east and west midlands was followed by my appointment as Principal of South East Derbyshire college – a position I held for 13 years.

In 2004 I left FE to work for a government agency responsible for funding and planning post-16 education and training, and when I retired in 2010, I was responsible for all post-16 planning and funding in the East Midlands – a budget of over £1 billion.

For a number of years I was Chair of the Charitable Company EMFEC, and was a founder Board Member of the Erewash Partnership. I also chaired a number of Committees and ad-hoc Boards for the government, and as college Principal I was national Chair of the Principal’s Professional Council (PPC) from 2001 to 2003.

Following my retirement, I joined the Board of the Erewash Credit Union, now Derbyshire Community Bank, in 2012, and took over as Chair in 2013.

I have worked within the Voluntary Sector for the last 10 years, with Amber Valley CVS.  Since leaving school I have worked in many different industries from steel manufacturing to selling IT.  My role has always been within finance, administration and human resources.

I joined the Credit Union when it first came into the Amber Valley as part of the steering group, this role then took me to join the board of Derbyshire Community Bank 3 years ago.

I bring experience of recruiting and supporting volunteers as well as offering advice of human resources for paid staff.

I was appointed as Treasurer in 2010 and remain in this role with the Derbyshire Community Bank.

My background is mainly banking and finance and have worked for the DWP and now work for Derby Homes within the Income Team.

I have been employed within the local Cooperative movement for over thirty years in retail food store management positions. As an employee director I gain my membership to the Institute of Cooperative Directors and was a member of the local society’s regional and members committees and served on the main board until a restructuring of its governance.

I take a keen interest in promoting the Bank in my every day role as well as the cooperative movement.

I have served on the board of the bank for 4 years and feel that through good leadership and management we have become more inclusive.

I am a retired qualified Associate Cost and Management Accountant. My career spanned nearly 38 years with a leading UK brewing and pubs company where I held a number of executive roles managing business planning and negotiations. I was appointed finance director of a major division and latterly managing director of its international retail operations.

I was a member of the original steering group that established Money Spider Credit Union Ltd in 2004 and served as Treasurer of the organisation until the merger with Derbyshire Community Bank.

I am a Labour councillor on Erewash Borough Council representing the Nottingham Road ward in Long Eaton.

I am also chair of governors at Grange Primary school and a member of the Finance committee.

I am currently a husband and stay-at-home dad. I have lived and worked in Ningbo, China for two years and also in Takasago, Japan for two more before that. More recently I worked at the University of Nottingham for 10 years in various administration and management roles, specialising in Financial Support in Student Services.

Please get in touch if a Supervisory Committee Member role would be of interest to you.  This is a volunteer post.

Responsible employers are always looking for ways to provide staff benefits to their employees. Financial worries are a huge concern to employers and workers alike. Debt can cause stress and depression which can lead to reduced productivity or even absences.

Do you know what state your finances are in? If not, get a clearer picture of your financial health with our links to money advice and support. Get to grips with your finances today!